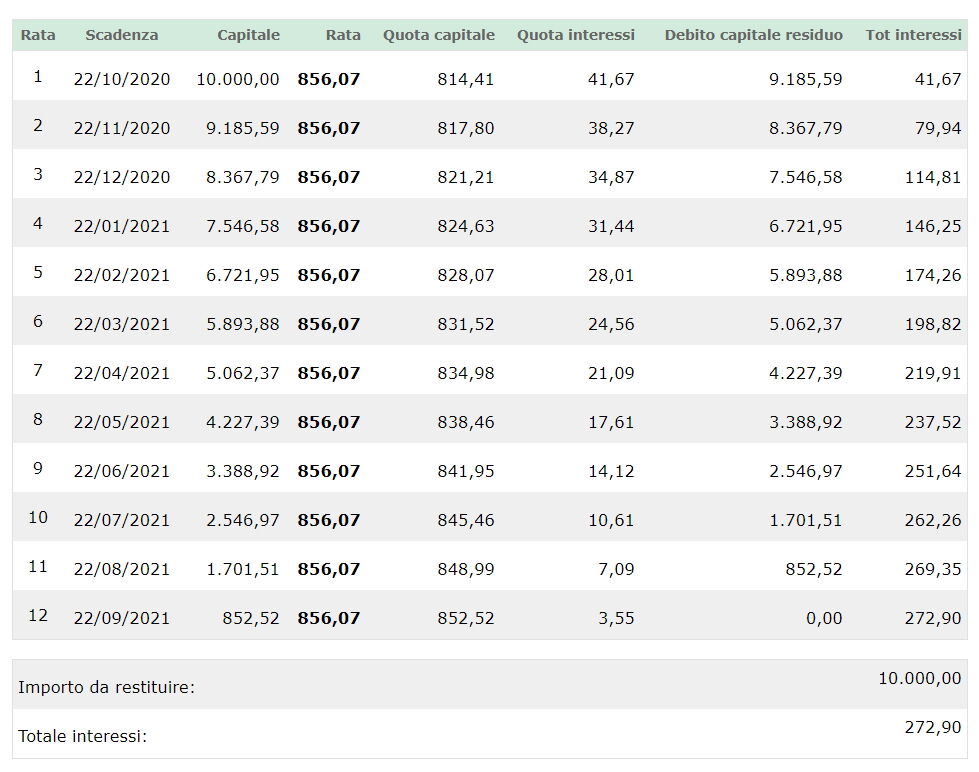 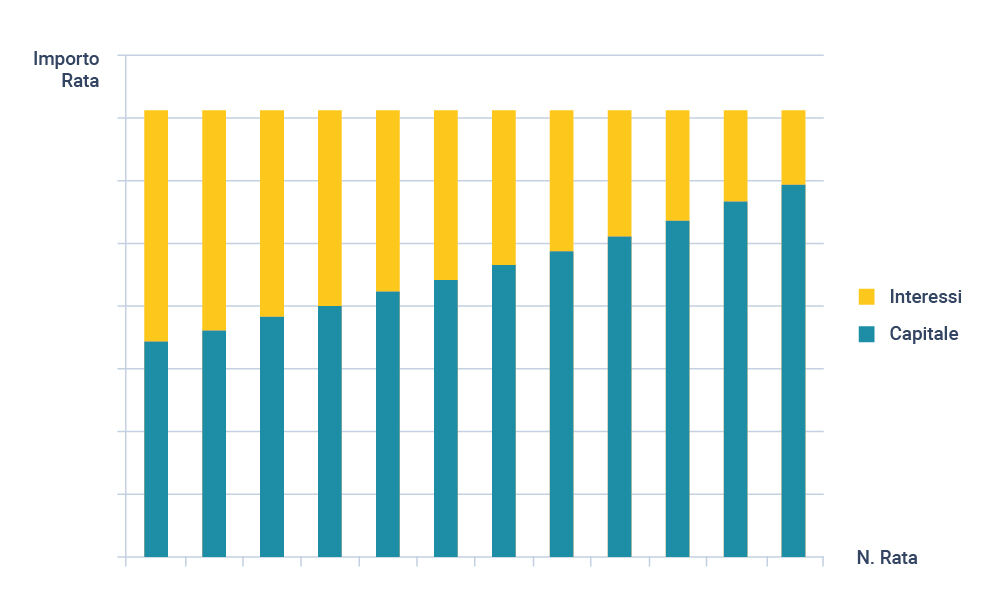 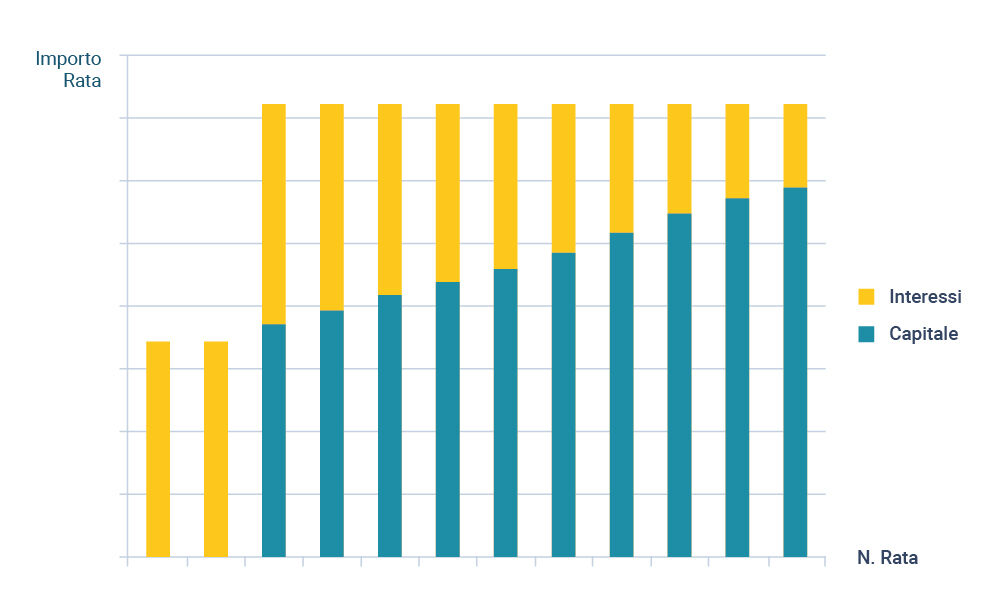 4. ITALIAN-STYLE AMORTISATION- The capital portion is constant- The interest linked to the outstanding debt varies and decreases over time; this implies that the instalment, unlike French amortisation, varies and decreases over time.EXAMPLE OF ITALIAN-STYLE AMORTISATION- 10000€ loaned capital- TAN= 5% monthly interest= 0.05/12=0.004167- 12 monthly instalments 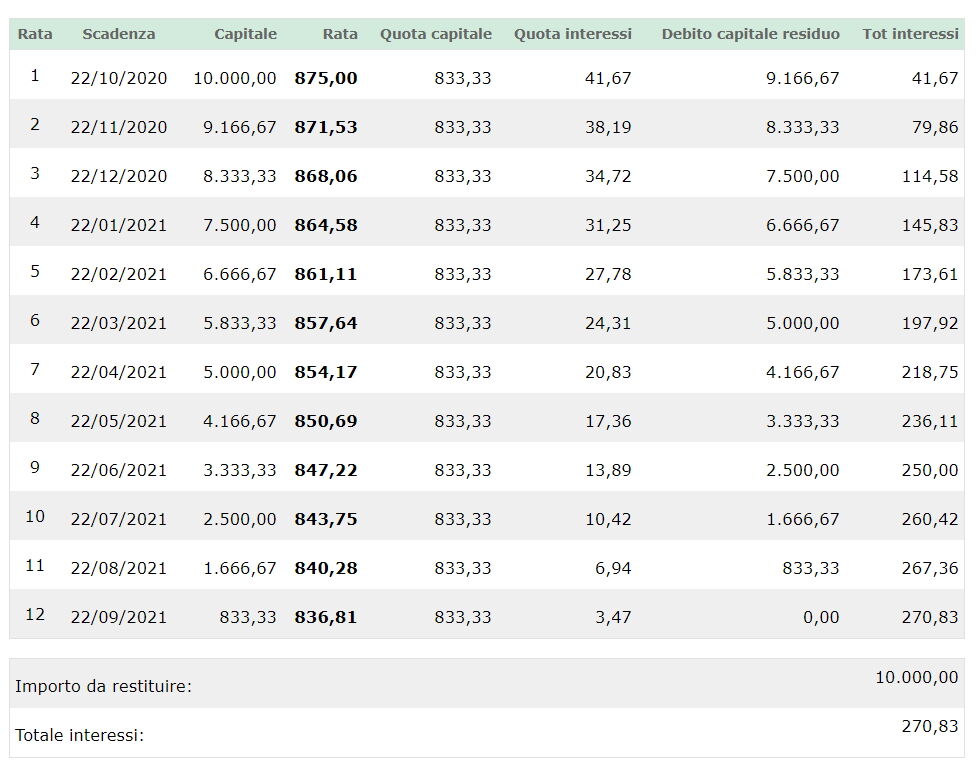 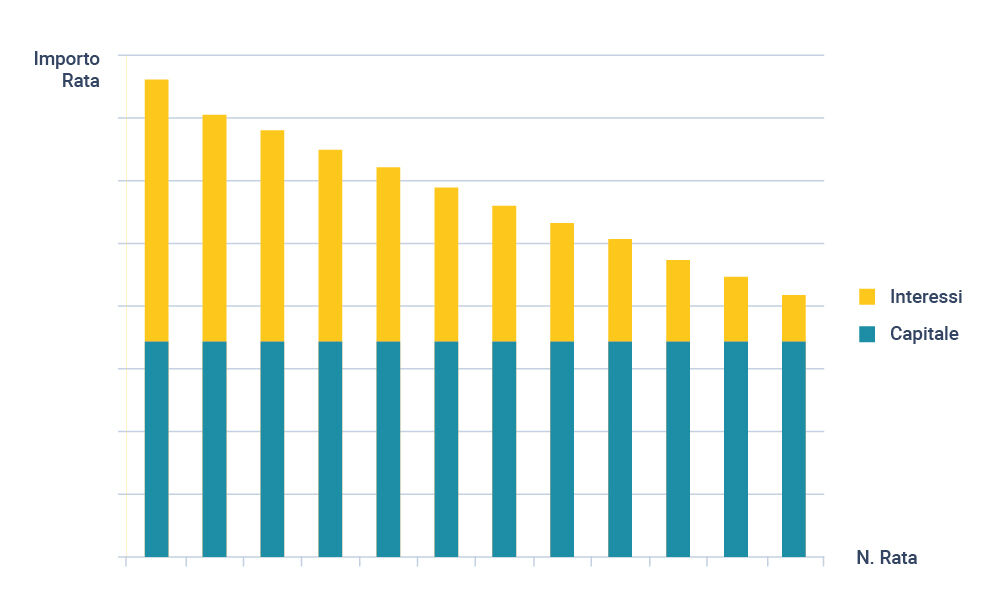 5. MULTI-BULLET-Interest paid monthly, calculated on the basis of the remaining capital. They are constant between each capital payment-Capital share is constant and is paid out every X months.MULTI-BULLET EXAMPLE- 100€ capital loaned- TAN= 8% - 24 monthly installments 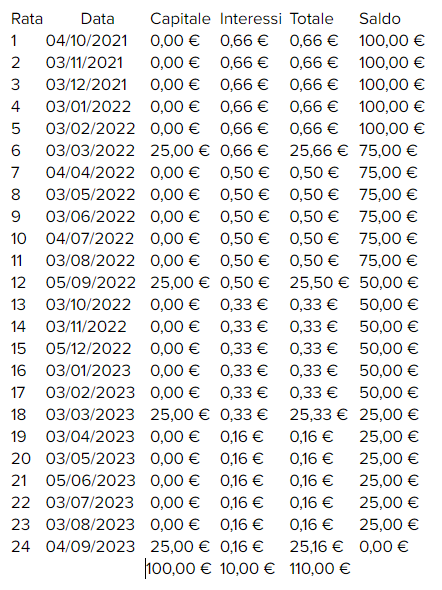 6. AMORTISATION with BALLOONIn this type of project, a part of the capital is amortized monthly, during its duration, as in amortising type financing. The other part, as in classic bullet financing, will be repaid through an additional payment (balloon), which will occur at the end of the project.7. DYNAMIC LOANAs you can see, we have implemented the dynamic loan. The dynamism of this type of loan is due to three factors: the principal is repaid by the companies (borrowers) dynamically according to their turnover (no pre-determined repayment schedule);the only cost for the company (return for the investors) is a pre-determined fixed value (no annual interest rate) which is also paid dynamically as the principal is repaid;the dynamic loan has a final maturity where, if the monthly repayments have not been sufficient to repay capital + fees, the full amount due will be repaid by the financed company.The return for investors will therefore be proportional to the company's income: you will start from an agreed fixed minimum and this can be increased according to your performance. By how much? Here's the pleasant surprise: the more promising the growth project we have chosen to invest in, the higher our return will be.

Was this article helpful?